This is a long overdue article on the need to pay Prisoners for their great works of art and the societal benefits, such as Prisoners can now make contributions to their child support, victim restitution, court fines, and would give encouragement to other prisoners to get involved with the arts.

There are nearly 2 million inmates in the US prisons; and many of them are artists! Some of the work they create is incredible, but it’s illegal to sell art made by prisoners. A few states have created ways to sell inmate art while collecting funds to help support the prisoner’s family, or hold auctions to raise money for charities and other good causes, but more should be done. Prisoners need more opportunities to sell their art and make contributions to their child support, victim restitution, court fines, and help encourage other prisoners to get involved with the arts too!

Why do you think artists deserve to be paid? 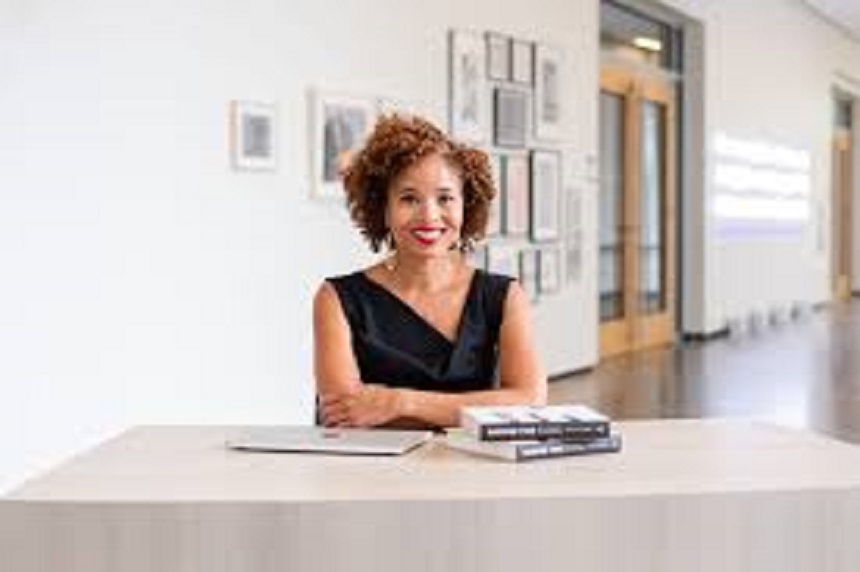 Prisoners deserve more opportunity to sell their artwork because prisoners should be allowed opportunities such as education, mentoring, and vocational training. Prison isn’t just a place where people are locked up; it’s also a place where people can change. It’s a place that has proven effective at reducing recidivism rates in states with good correctional programs. Paying artists would benefit society by offering them an opportunity they would not have access to otherwise. This option could make prison more valuable for prisoners, providing them with tools they can use after incarceration that can help reduce recidivism rates and contribute positively towards society. The same logic applies to prison labor: if prisoners were paid for their work, it would provide incentives for them to participate in prison activities. If prisons want inmates to take part in rehabilitative activities, then paying them is one way of ensuring that happens. Prisoners who participate in rehabilitative programs have lower rates of recidivism than those who don’t participate. By incentivizing participation through pay or other benefits like reduced sentences or parole eligibility dates, prisons will likely see even greater reductions in recidivism rates while increasing public safety. Prisoners are already being compensated for their time behind bars: They earn credits toward early release based on how well they do in prison programming. In addition, some prisons offer limited job training programs, but few allow prisoners to keep any wages earned from working inside prison walls. Allowing Prisoners to earn money from selling art is another way of incentivizing rehabilitation efforts and giving back to society. There’s no reason why we shouldn’t encourage that behavior by allowing Prisoners to keep what they earn from selling art.

How would it benefit both prisoners and society if Prisoner’s were paid for the sale of their artwork? 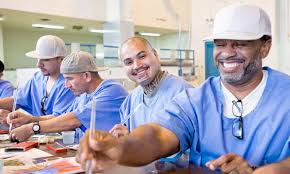 What are some ways that Society could encourage those who want to enter into Prison Arts programs but cannot afford proper materials? 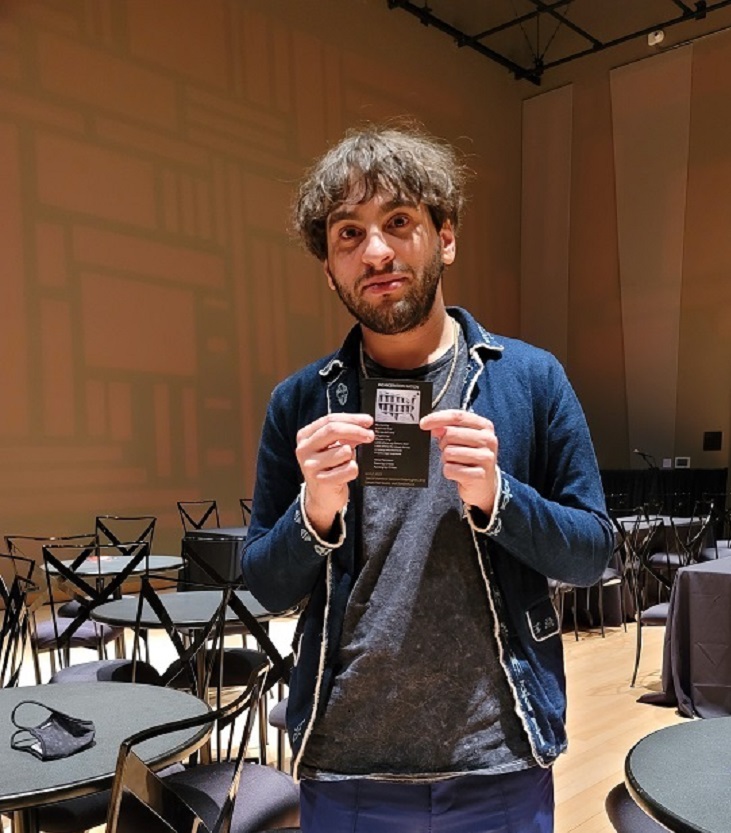 I am currently working on opening a Prison Arts Program, but I do not have enough money for art supplies. If prisons could offer some type of program where prisoners who want to create artwork could sign up and get supplies donated, it would give them access to tools that they would otherwise have no access to. For example, if prisoners wanted soap in order to make soap carvings they would have no way of getting access to those materials without a community contribution. Since these programs take place in jail there is no budget like an elementary school or middle school budget which usually allows students who are interested in something extra like art lessons or sports lessons but cannot afford a membership for it can get that through fundraising if need be. It would also give prisoners more motivation to stay out of trouble because they know that if they act out then their child support will go down or their victim restitution will go down. Prisoners should be able to contribute towards whatever fine they owe as well so long as it does not benefit themselves. For example, someone owes $500 in court fines and he/she wants to pay $100 towards his/her child support but only has $50 left over after paying court fines then he/she should still be able to pay half towards his/her child support even though he/she did not pay all of his/her court fines at once. This way prisoners could contribute whatever amount of money possible toward whatever debt they owe so long as it does not benefit themselves. The government should allow Prisoners to sell whatever art work they created whether it was sold online or in a store front location just like any other artist does today. Many Prisoner’s artwork is very good quality and would be greatly appreciated by people who want original pieces of artwork. There are many people who buy original pieces of artwork from artists today and think nothing about spending hundreds or thousands of dollars on one piece; therefore, why not let prisoners earn money off their hard work while serving time? The government makes millions upon millions every year from taxes; therefore, why not spend some of that money to help rehabilitate society? When you put criminals back into society with a little bit of cash in hand you decrease crime rates across America significantly! We live in America!

If given an opportunity how long do you think most artists in prison stay committed?

In 2008, a study by Ohio State University’s Department of Sociology found that most prisoners stay committed to their art for just one year. Prison guards told researchers they considered incarcerated artists frivolous or not practical. The study also found that prison arts programs were oftentimes ineffectual, because staff members were not equipped with enough experience or knowledge about what motivates prisoners. When it comes down to it, creating prisoner art for sale is hard work; you have to be tough-minded and persistent if you want your art business to thrive behind bars. And yet, there are many who do succeed—and make money while doing so. What’s more, there are many benefits to having an artist on your team: They can keep everyone motivated and inspired; they will bring new ideas into your company culture; and they will help relieve stress among employees. Ultimately, as long as prison art for sale isn’t being used as an excuse to profit off inmates’ backs (as has been done in some cases), then we should welcome them into our workplaces—not only for these reasons but also because these people are paying their debt to society through hard labor anyway. Let’s give them something meaningful to do when they’re out of their cells.

What advice do you have for anyone wanting to start selling prison art on Ebay or Amazon or Etsy? 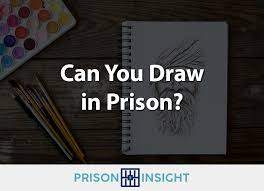 Great question. Selling prison art on Ebay or Amazon or Etsy could be a great opportunity for prisoners, because some inmates do have talent and creativity in one area or another. They may also want to sell their creations from behind bars because they’re likely earning less money than they could working outside prison walls. Unfortunately, prisons don’t usually allow inmates to work online (other than sending emails), so it may not be a realistic option for those serving lengthy sentences. And many types of art that make good money—like oil paintings—tend to require time and resources that aren’t easily accessible behind bars. But there are still plenty of opportunities for prison artists to turn their talents into cash. For example, prisons often host arts-and-crafts fairs where they sell items made by inmates as well as crafts made by other people who live nearby. Prisoners can use these events as an opportunity to show off their skills and try to attract buyers. Another option is crafting homemade goods like greeting cards or holiday decorations that people can buy directly from them via snail mail. The most important thing to remember when selling prison art is that you need to treat your business like any other. You’ll need to figure out what your market wants, how much you should charge for your products, and how you’ll get paid if someone buys something from you. Prisoners shouldn’t just assume they’ll get rich quick with no effort just because they’re locked up; creating a successful business takes dedication and hard work no matter what industry you’re in!

Prisons have become educational hubs in recent years, but not nearly enough prisoners are being given opportunities to get involved with arts and crafts. Many prisons already have programs in place where prisoners can make money by selling their art while they’re serving time, but there needs to be more incentives for prisoners with a creative streak. For example, when a prisoner sells an item for over $1,000 (or whatever threshold), he or she could be rewarded with a 10-day furlough from prison; it’s similar to what some companies do when their employee hits sales quotas. By rewarding prisoners who sell well, prisons would encourage other inmates to get involved with arts and crafts—and society would benefit as well. Prisoners who work on art projects may find that they enjoy creating things once they’re released back into society; if so, we’d see a boost in local economies across America as former prisoners start up businesses based on their prison creations. This is just one of many ways that giving Prisoners more chances to sell art will help them and society at large.

Be sure to click over to the Home Page to check out the over 200 Art Museum Quality prints for sale by C-Note.

I am a Fine Art and Real Estate Broker with 40 years of experience in all aspects of the Real Estate Industry. A member of the National Association of REALTORS®. I advocate for Prison Artist C-Note. With the right wall art, your room will go from functional to functional and fabulous. Contact me for your Fine Art & Real Estate problems.

If you have additional information, my audience and I would love to hear about it. Tell us about it in the reply.